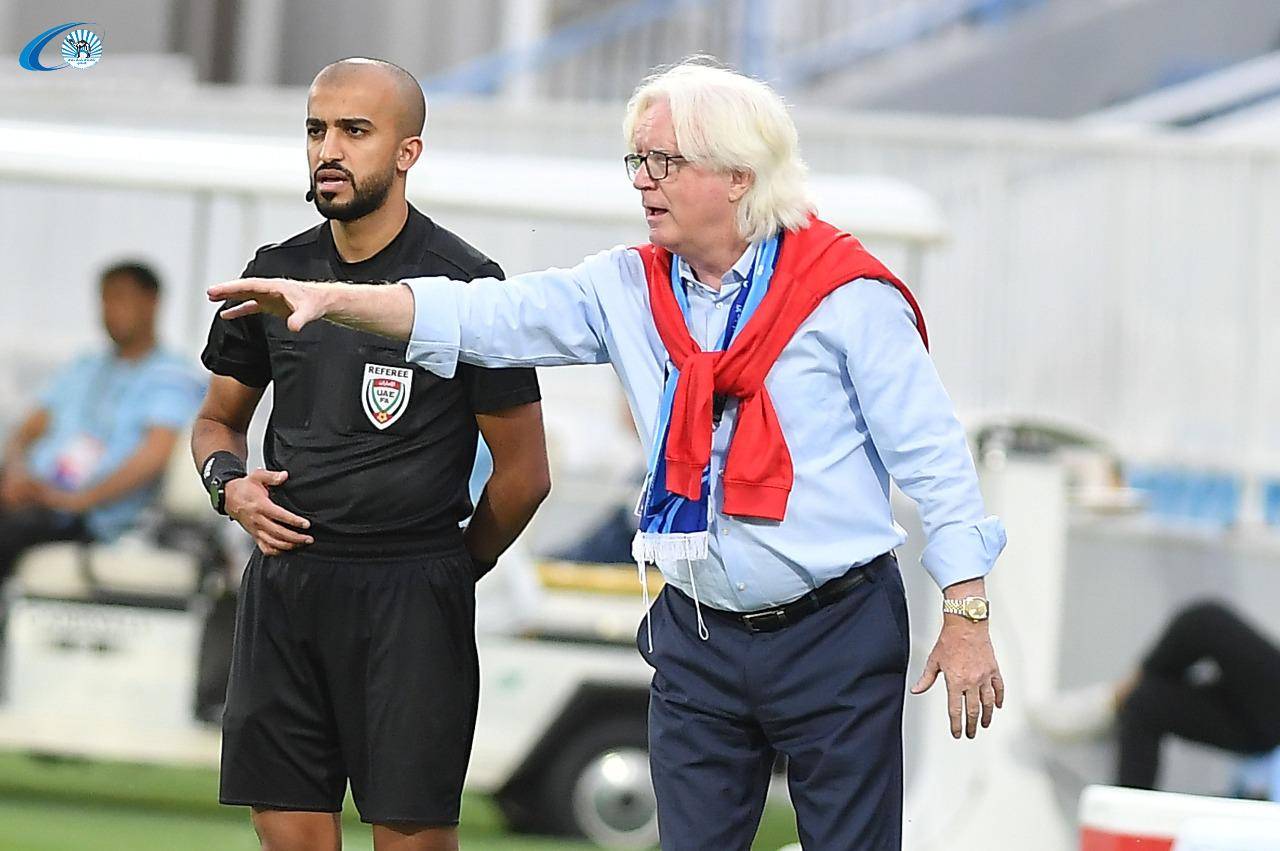 Baniyas coach expressed his happiness about the winning result against Ittihad Kalba during the post-match press conference focusing on that the three points came out from everybody’s being united; from the players, the medical staff, technical staff, the media, and everyone with no exceptions.

The coach said that it wasn’t easy to lose against Al Dhafra from the President’s Cup and coming to the next match after three days with a tough team like Ittihad Kalba and win, but we won in raising everybody’s spirit and this was interpreted on the pitch.

Baniyas coach thanked the physical and medical staff too because the team has faced several absences but there were substitutes and presented great performance and played with high spirit in the game without losing hope till the last moments of the game.
He added: “From now on, we should work for the future, to make this team competitive and present massive performance and this will happen by keeping the talents and youth players in the club such as Suhail Al Noubi and Fahad Al Dhanhani.”

Schaefer praised a lot Suhail Al Noubi who played in several positions, also, he defended many times in the defensive line, the same thing also applies on Shaheen Al Darmaki and John Tibar who played since their first minute of the game and proved that they are on a high level of performance.

Speaking of Ze Roberto and Luiz Antonio being not available from the match list, Schaefer said that there are no problems with the players, but I congratulated them for the win before anyone and I played on six players from the foreigners and residents' category, where it’s not allowed for us to add additional players.