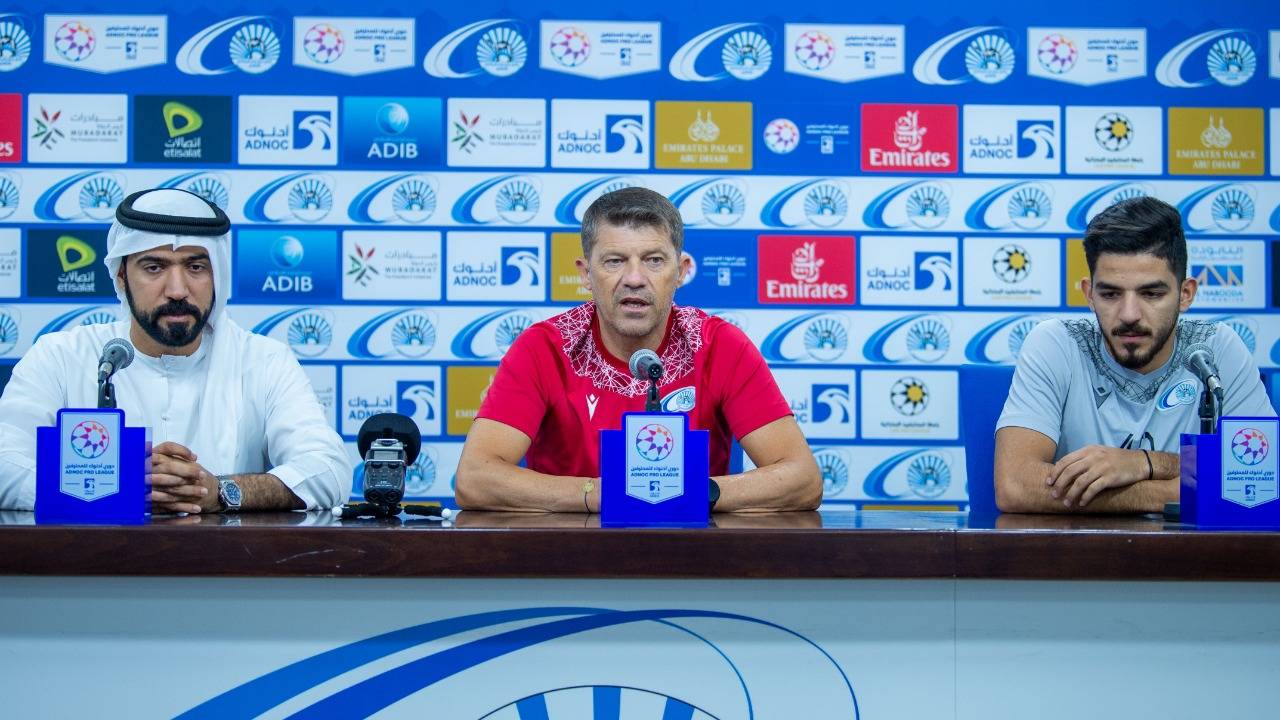 This evening, the introductory press conference for the Baniyas match against the Emirates was held for the twenty-third round of the ADNOC Professional League, which will be held at Al Orooba Stadium. The press conference was attended by coach Daniel Isaila and player Ahmed Shehda.

The coach confirmed that it will be a match similar to the last match against the Emirates, as Al-Orooba is also competing to stay in the league and not be relegated.

He added: "We must take advantage of the mistakes that occurred in the previous match, as we made a lot of mistakes for the opponent, which made them score and lead us in the result, so we have to avoid making mistakes.

The coach also indicated that if the team wants to compete and win championships, it must create a team with a strong personality and not compromise in any match we play and learn from our mistakes.

As for Baniyas not achieving any victory in the last three matches, the coach made it clear that the team was good in the Al-Jazira match and deserved to come out with more than a draw, but it did not perform the desired performance against the Emirates, which we will seek to compensate in the next match.

Regarding the team's absences, the coach confirmed that the team is currently going through the most difficult stage of the season due to the large number of absences and the lack of players' names available for the match list, which will require us to call players from the reserve team.

The coach confirmed the absence of Nicolas Gimenez and Joao Victor due to the accumulation of yellow cards, as well as the absence of Ahmed Rabie due to injury.

The player Ahmed Shehda also spoke, who confirmed that the match of Arabism will be a difficult and strong match, as Arabism has the motivation and morale to achieve victory and avoid relegation.

He also added: "In the last three games, we did not win, so we are thirsty for winning and full points, as the coach taught us and instilled in us the desire to win in every match we play.

And he concluded: “We performed well in previous matches, but we were not lucky enough to win, and we will seek to return to the path of victories in the next match.